The American Advertising Federation (AAF), the nation’s oldest national advertising trade association, and the only association representing all facets of the advertising industry, is headquartered in Washington, D.C., and acts as the “Unifying Voice for Advertising.” The AAF also has 15 district operations, each located in and representing a different region of the nation. The AAF’s membership is comprised of nearly 100 blue chip corporate members comprising the nation’s leading advertisers, advertising agencies, and media companies; a national network of nearly 200 local federations, representing 40,000 advertising professionals, located in ad communities across the country; and more than 200 AAF college chapters, with over 6,500 student members. The AAF operates a host of programs and initiatives including the Advertising Hall of Fame, the American Advertising Awards, the National Student Advertising Competition, the Mosaic Center on Multiculturalism, and summer Ad Camps for high school students in Chicago, New York City and Washington, D.C.

The American Advertising Federation protects and promotes the well-being of advertising. We accomplish this through a unique, nationally coordinated grassroots network of advertisers, agencies, media companies, local advertising clubs and college chapters.

Here’s What We Do

• Brings members together to yield creative business solutions.
• Protects and promotes advertising at all levels of government through grassroots activities.
• Educates members on the latest trends in technology, creativity and marketing.
• Provides programs to assist local association volunteer leadership.
• Presents the industry with its future leaders.
• Honors advertising excellence.
• Promotes diversity in advertising by encouraging the recruitment of people of diverse cultures.
• Applies the communication skills of its members to help solve community concerns. 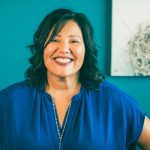 Best known for making waves in the digital marketing industry, Priscilla has been featured on numerous podcasts, is the President of American Advertising Federation Heartland and has received numerous design, entrepreneurship and industry awards. Along with her expert team, she developed the SOAR System - a proprietary process designed to create sustainable lead generation for busy leaders so they can have confidence in the growth of their company without losing focus on their other responsibilities.

Priscilla personifies creativity, entrepreneurship and authentic leadership – inspiring others to truly carve out their own path of success in her uniquely funny, no-nonsense and slightly irreverent way. Oh, and don't give her caffeine. She doesn't need it. 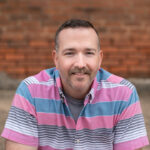 Chris Wilson is a Springfield-based Creative Director who LOVES talking about himself in third person. At his best, he's offering strategic and inspired leadership to diverse teams—empowering others to do their best work. He's a firm believer in combining open-minded curiosity with informed context to deliver clear direction and measurable objectives.

When he's not working, he's exploring. Whether it's in an Ozarks' creek wade-fishing for smallmouth bass, driving across the country in his campervan, or wandering through a flea market. He's always sought different perspectives to provide a fresh outlook.

Justin Oden is currently a Multimedia Designer at Downstream Casino Resort. After obtaining a Bachelor’s Degree in the Graphic Arts from Missouri Southern State University, he started out his career at The Joplin Globe as a graphic designer where he won several Addy awards for his illustration work. He’s committed to staying current with design trends and constantly challenges himself to learn more while pushing his skills outside of his comfort level. When not in front of his computer, he can be found drinking copious amounts of coffee with his face buried in a sketchbook. 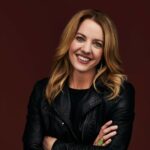 Kesha co-owns Supper Co., a marketing agency in Springfield, Missouri. At Supper, they specialize in alcohol, cannabis, food and hospitality doing everything from brand strategy and identity to marketing communication planning to website design and development. She specializes in marketing strategy, communication planning, and brand strategy. Kesha spent 16 years in marketing and advertising working on national brands like Unilever Food Solutions, McCain Foods, International Delight, and Procter & Gamble Professional as well as boutique brands like Askinosie Chocolate. Her career has been focused on account service and strategic planning. She was fortunate to build and lead the strategic planning practice at the Marlin Network, introducing a new discipline to the agency. She loves uncovering opportunities and building plans to activate them. She thrives in collaborative environments and believes that diversity in thinking gets us further, faster. 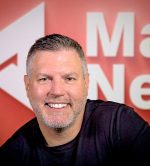 As Marlin Network’s creative lead, Tim fosters an open environment with a cross-functional creative team made up of storytellers, technologists and motion media experts. Tim believes in the blending of technology and creative applied to simple ideas that break through the clutter and create real impact for brands. His years in food and beverage branding have earned him plenty of awards, but Tim is most proud of work that works.

Prior to Tim’s current role within Marlin Network, he co-founded The Alchemedia Project, a digital branding agency in 2009. Tim has also held posts at Pyramid Foods as Marketing Director and at Noble Communications as Executive Creative Director. He holds a Fine Arts degree in Graphic Design from Missouri State. 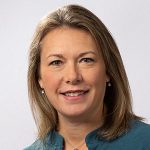 Traci Hughes is a Instructor at Pittsburg State University in the Graphics and Imaging Technology department. She came to PSU after working in the printing and flexible packaging industry for 18 years. She is excited to have the opportunity to be in the classroom and share her experiences with the students.